Coral reefs are some of the world’s most complex and biodiverse ecosystems. They can be found between the Tropics of Cancer and Capricorn. Though they only cover less than one percent of the ocean’s floor, they are home to about twenty-five percent of marine life! This is significant because while they are home to many underwater species, coral reefs most likely benefit you as well. Some of the ecosystem services that coral reefs provide are food, protection from storms, and over half a billion people depend on them. 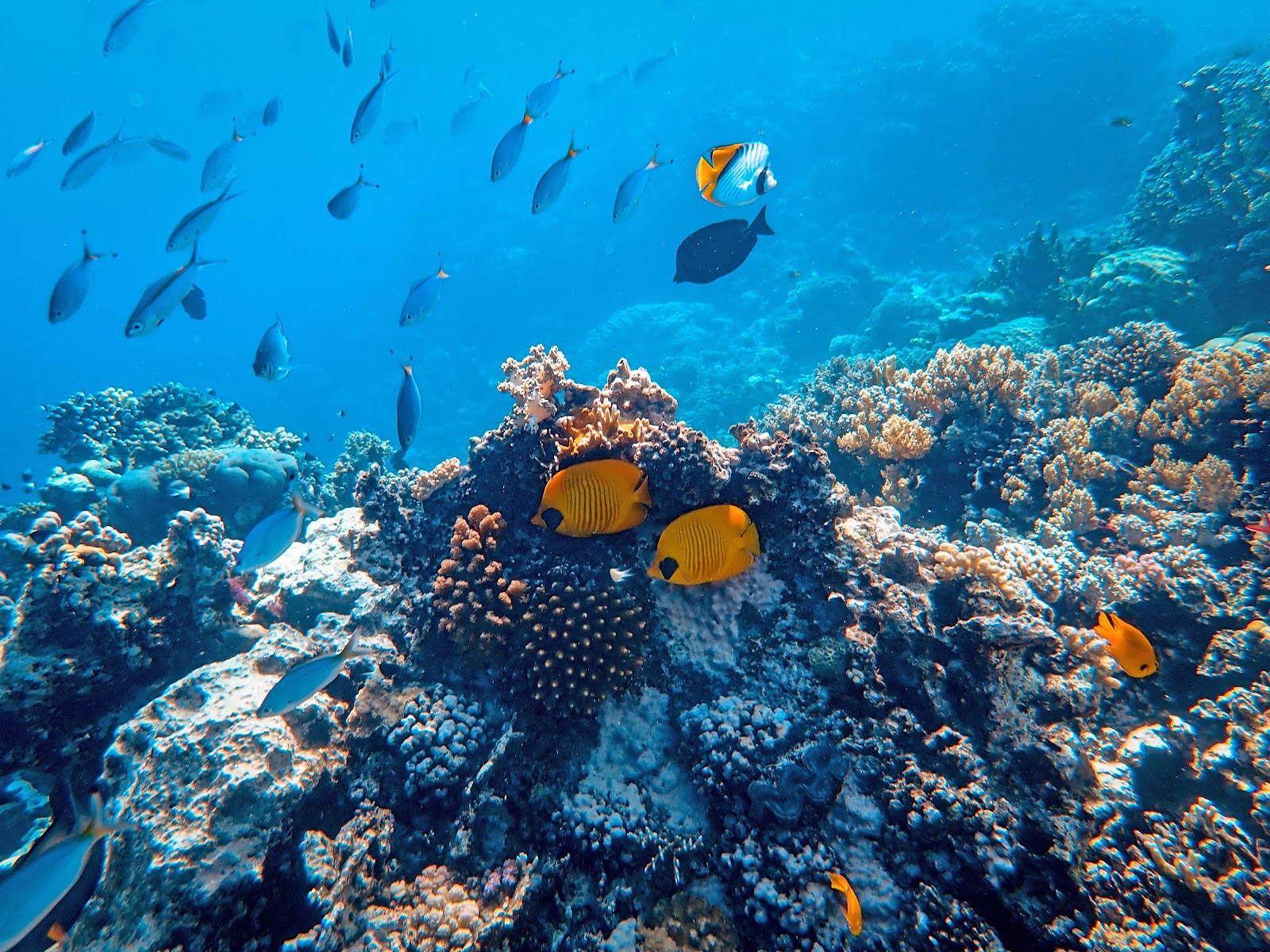 There are many ways that climate change will and is affecting coral reef ecosystems. One of the major effects is coral bleaching. Coral bleaching is when corals turn white and lose their color. This occurs because corals are covered in  microscopic algae called zooxanthellae. Between the corals and algae, there is a mutually beneficial relationship where the corals provide the algae with protection and materials they need for photosynthesis while the algae provide the corals with the oxygen they produce as well as the removal of waste. When ocean temperatures rise, the algae leaves the corals. However, the corals aren’t immediately dead. If they stay in that state without algae, they will eventually die, but corals do have a possibility to recover. In addition, all coral bleaching isn’t due to rising ocean water temperatures. The cooling of ocean temperatures can have the same effects.

Temperature changes also make coral reefs more susceptible  to disease outbreaks, as well as ultraviolet radiation and pollution. In recent years, the occurrence of diseases has risen due to the increase in marine pollution and temperatures. Disease outbreak in coral reefs is still not well known, and recovery is slim.

Another factor affecting coral reefs is the changes in storm patterns. Due to climate change, the frequency and extremity of storm occurrences are increasing. Storms can destroy the structure of the coral reef ecosystems. Since coral reefs are such biodiverse ecosystems, they are naturally more stable and bounce back from storms more easily. However, as the occurrence and strength of the storms increase, it will be more difficult for coral reefs to bounce back.

Other factors affecting the reefs include ocean acidification and rising sea levels. Coral reefs are in danger of irreversible damage. Already, about fifty percent of coral reefs are dead and a predicted forty percent more will die in the next thirty years. Scientists are trying to find new, innovative ways to save coral reefs. There are also many ways to do your part in helping protect coral reefs. While the most important part is to address the factors that degrading the ecosystem, doing your part can help as well. One of the biggest factors that contribute to the degradation of these ecosystems is the rising greenhouse gases in the atmosphere. Some ways to decrease your carbon footprint are walking instead of driving, don’t leave the lights on constantly, and use less water. When you are at the beach, wear reef-safe sunscreens, don’t litter, and be mindful of ocean life. If you do choose to go snorkeling, don’t touch the coral reefs. Lastly, if you are passionate about protecting marine life and want to take an extra step, you could raise awareness in your community, participate in beach clean-ups, and learn more about the ocean and coral reefs.

Hancock, Lorin. “Everything You Need to Know about Coral Bleaching—and How We Can Stop It.” World Wildlife Fund, 2014, http://www.worldwildlife.org/pages/everything-you-need-to-know-about-coral-bleaching-and-how-we-can-stop-it .

—. “What Is Coral Bleaching?” Noaa.Gov, 2010, oceanservice.noaa.gov/facts/coral_bleach.html .

View all posts by Clementine Zei