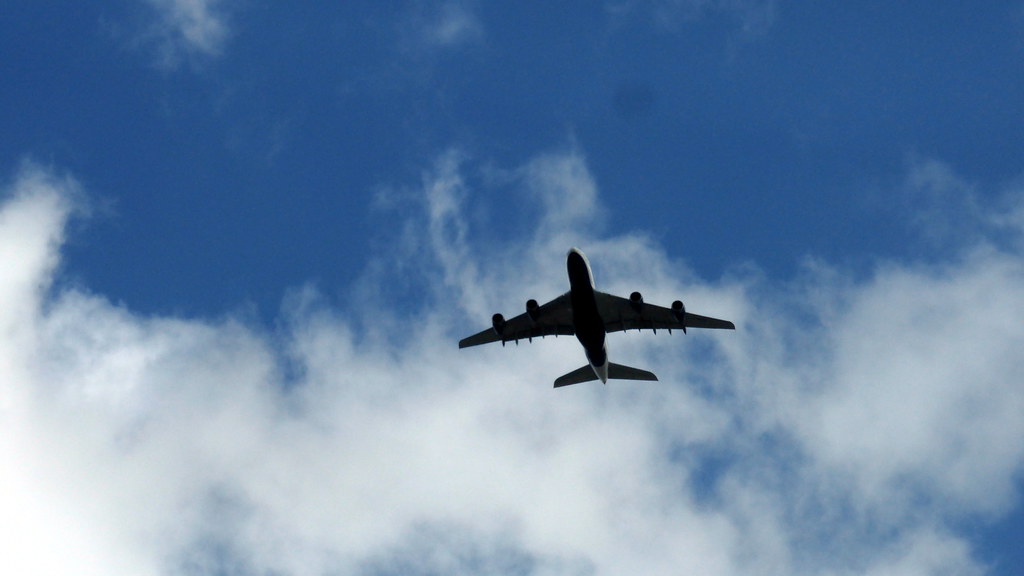 Nearly 100,000 flights take off daily. Air travel is the first choice for long-distance travel. Because of the speed of airplanes, as well as their ability to travel over bodies of water, it’s easy to understand how the industry has become so large and powerful over the last 100 years.

Although taking an airplane is extremely convenient, scientists and climate experts have given much evidence to show the negative effect that it has on the environment. As of 2019, the aviation industry was responsible for about 2.4% of all global CO2 emissions. This is a result of gases that come from airports (and all of their amenities), building airplanes, and the exhaust that airplane fuel burns.

Airplanes release fuel emissions when they’re in flight. According to the Federal Aviation Administration (FAA), 70% of aviation emissions are carbon dioxide. Carbon dioxide is one of the chemicals that create ozone. Ozone, also known as O3, is “a highly reactive gas composed of three oxygen atoms.” Ozone can be both naturally made and man-made. Its main purpose is to protect the planet from dangerous amounts of UV radiation. Too much ozone, specifically near the earth’s surface, can create radiation of its own, which can cause health issues to the people and environment.

The Global Footprint Network defines “eco-footprint” as the measurement of how many natural resources a person uses compared to how many we have available. Most eco-conscious individuals are aware of the negative impacts many transportation systems, like cars and semi-trucks, have on the environment. However, the impact aviation has isn’t discussed as often. There are several potential reasons for this. One reason is the assumption that, because they are faster than cars, airplanes don’t burn as much fuel. This is not true. According to the UK’s Department for Business, Energy and Industrial Strategy (BEIS), for every kilometer traveled by plane, 245g of CO2 are produced. The average car produces 3.2g of CO2 per kilometer. As a result, air travel can have a significant negative effect on each human’s eco-footprint.

For long-distance travel, airplanes do seem like the easiest option. They are fast and tickets cost the same amount as gas would if one decided to travel by car. Recently, however, the idea of rail systems has become more prominent. They are cheaper and more eco-friendly. Building long-distance trains to rival aviation would benefit travel, and decrease emissions.

View all posts by Adelyn O'Connell